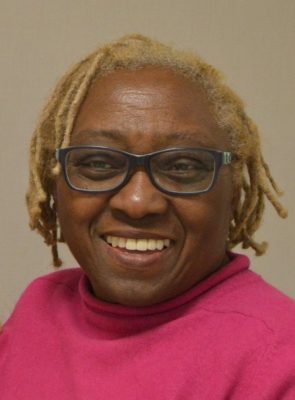 Evelyn Clarke is the former Ulster County Youth Bureau Director, and also the county’s Runaway and Homeless Youth (RHY) Coordinator. Simultaneously, Evelyn was also the former Director of the Ulster County Human Rights Commission. In addition to being on the Board of Family, Evelyn is currently a Councilwoman on the Esopus Town Board. Other community involvements include serving as an Associate Minister with New Progressive Baptist Church, a Voice Over Artist and member of the District Attorney’s Restorative Justice Task Force 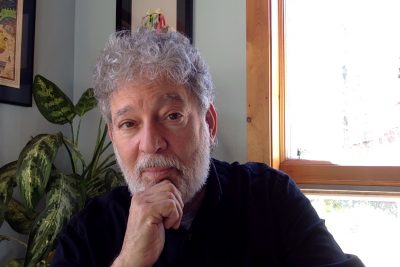 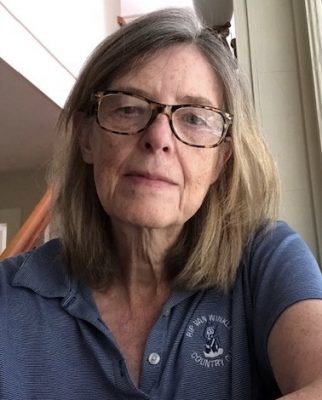 Laura Brown is a Senior Advisor at ITHAKA, a mission-based not-for-profit striving to eliminate barriers to learning, where she works on a range of projects from prison education to a civil rights database. For more than a decade, she served as ITHAKA’s Executive Vice President and the Managing Director of JSTOR, ITHAKA’s digital scholarly library. Prior to joining ITHAKA, Laura was the president of Oxford University Press, USA, where she spent most of her professional career.

In addition to Family of Woodstock, she currently serves on the boards of Yale University Press, The Gordon Parks Foundation, and University of the People. 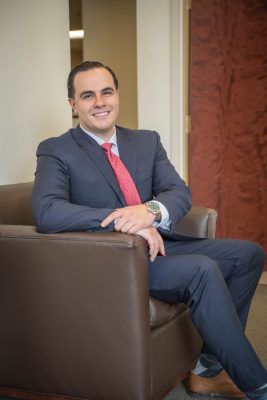 Shaheen is a lifelong resident of the Hudson Valley.  He works locally in the city of Kingston.  Shaheen has a deep commitment to serving the neighborhood he has known his whole life, and is proud to be part of an agency that has such a broad and positive reach in the local community.  He has been a board member for Family of Woodstock for the past four years and currently serves as Treasurer. 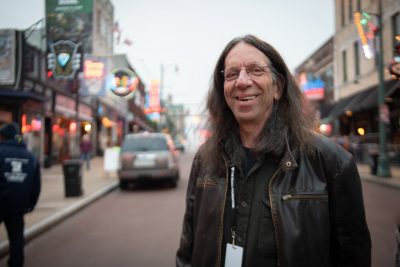 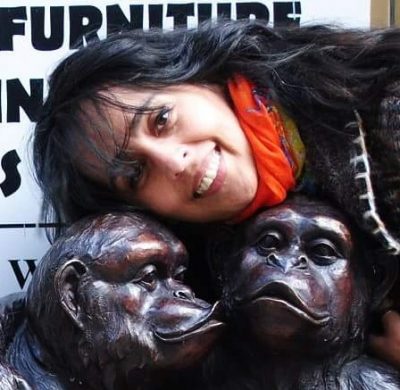 Maria Elena is the Executive Director of Humanamente — a diversity and inclusion consulting organization —, Chair of the Athena Network New York — a psychosocial support network in the area of social services, health, and specifically in mental health, for immigrants experiencing psychological challenges related to the migratory process —, and a socially engaged artist.

Maria Elena has successfully facilitated migration-related workshops since 2004. As a member of the global Athena Network Association — a clinical and academic initiative of the University of California, Berkeley School of Public Health’s Health Initiative of the Americas, the University of Barcelona’s Ulysses Syndrome Program and Paris Descartes University’s Francoise and Eugene Minkowski Center for Migrant Health — Maria Elena has presented her work with immigrants at the network’s annual Migration and Mental Health congress in London, Rome, Berlin and Brussels, and leads the Athena Network New York. She introduced the concept of migratory mourning nationally at the 2012 National Council of La Raza’s (now SomosUS) Annual Conference in Las Vegas, and has also led migratory-mourning panel discussions at the annual conference of the New York State Association of Black and Puerto Rican Legislators, and at the Somos Latino New York State legislators’ spring conference.

In October 2018, Maria Elena presented a manifesto at the European Parliament in Brussels, Belgium, about the importance of humanizing migration. The manifesto also attested to the critical importance of the reunification of migrant families in the United States and elsewhere. Signed by leading international cultural psychiatrists and others, the manifesto has also been presented to the United Nations in 2019 as part of the Athena Network’s eighth international Congress on Migration and Mental Health, held at SUNY New Paltz in October of that year.

Originally studying architecture at Central University of Venezuela in Caracas, a public university with a preeminent architecture school, she later earned a certificate of distinction in leadership and empowerment from Polytechnic University of Valencia and a diploma in gender leadership through the EQUAL transnational cooperation community initiative of the European Social Fund. Maria Elena also earned a University Expert Diploma in Mental Health, Cultural Processes, and Psychological Interventions with Immigrants, Minorities, and the Socially Excluded from University of Barcelona.

Diane Herrick-Kvistad
BSE from Northern Illinois University. Diane was an art educator in the Illinois Public Schools. In 1979 she moved to the Hudson Valley with her husband Garry to start their own business, Woodstock Chimes, to produce and distribute tuned wind chimes and children’s instruments.

In 1986 Diane co-established the Woodstock Chimes Fund, a non-profit organization to support food, shelter and arts programs. This fund supports Family of Woodstock and other organizations and programs in our region. Diane has encouraged the spirit of giving among Woodstock Chimes employees through a matching grants program.

She currently serves on the Board of Trustees of Maverick Concerts.

Jeffery holds a BS in Computer Science from Cornell. His additional volunteer commitments include:

Joan Eck
Joan Eck is the SVP/ Sales & Marketing at Ulster Savings Bank, where she has worked for the last thirty years.  She is a graduate of St. John’s University, the National School of Banking at Fairfield University with a certification in Finance and the Central Atlantic School of Commercial Lending at Bucknell University.  She is also an active member of the Ulster County Continuum of Care and an advocate for affordable housing.  Her husband is an attorney at Ulster Savings Bank and they have two children, 27 and 22. Joan has been on the Board of Directors for Family since 2001.

Luke Interrante
Luke has extensive experience in design and construction. His expertise includes directing, managing, and building ground up large scale commercial projects throughout the Northeast. He now focuses on small to medium sized commercial and residential projects in the Ulster County area. Luke supports a variety of causes and organizations in Ulster County. 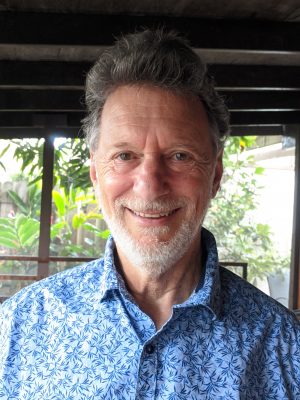 I grew up in famous Brooklyn NY but I’ve been living in Woodstock for about 45 years. I’ve been a teacher, a guidance counselor and I owned an insurance business for many years.  Music and sports have always been a big part of who I am. I continue playing tennis and baseball and I am a trumpet player and conga drummer in a local blues band. I started doing shifts on the hot line way back at Family’s beginning and I currently am a member  of the Counseling Team. I’m married to Laurie Schwartz, we have 2 fabulous married sons, one adorable granddaughter and 2 more grandchildren due this June.  I’m optimistic concerning our future…The Mets will win the World Series this year…. 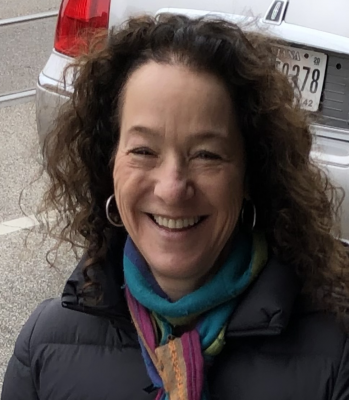 Family:
Lives in Woodstock with Catherine Magarelli, married 52 years.
They have resided in Woodstock for 48 years.
Built 2 homes in the Township of Woodstock one in Willow and the other on Plochmann Lane. Raised two children, Damien and Lauren. In 1982, built a home in the village of Woodstock.
They have five grandchildren. 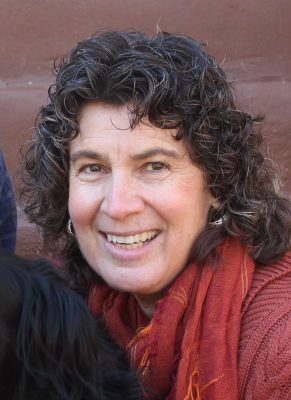 Sherrill is in her 2nd term on the Board of Family. Having been a nurse in the community for many years,  she brings knowledge of the needs of the individuals and the groups we serve.  In the past , she has worked on many projects promoting peace through dance, and worked for political change. Currently, she works toward bringing universal health care laws, in addition to her “day job” providing mental health care at our local hospital. For fun, she plays and teaches ukulele, and will dance (literally) when the pandemic ends.

Stephen Forgione
Stephen helped to launch the Samadhi Neighborhood Outreach Center in 2019. He currently manages the clothing closet in Highland at the Mission Center of the Episcopal Church. Stephen holds a Bachelor’s degree in accounting from Queens College. 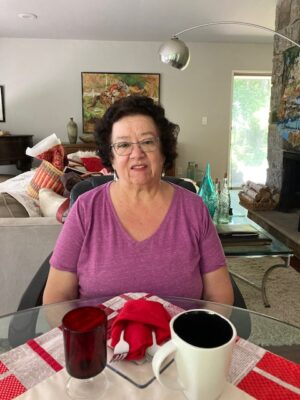