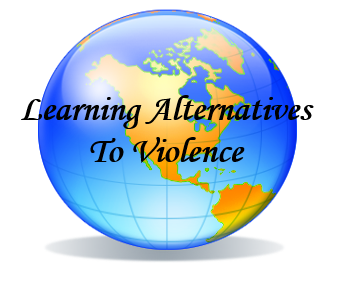 EVOLVE is a program designed to help individuals learn alternatives to family violence.

The mission of Evolve is to provide a program in which individuals examine their violent tendencies and learn alternate, non-abusive ways of expressing their anger and frustration.
Each group is led by a male and female facilitator committed to helping individuals resolve this difficult issue which often destroys their home life. The leaders are supportive and knowledgeable and help create a safe place for participants to talk with each other.

EVOLVE Teaches Individuals with a Problem of Violence:

• To show feelings and express fears other than through anger.
• To feel that it’s okay to ask for help.
• To ask for what they want without becoming violent.
• To seek new ways of thinking and relating to others.
• To reject stereotypes of how a individual is “supposed” to be.
• To express frustration, disappointment, and anxiety without becoming violent.
• To take responsibility for their actions.
• To show personal strength by choosing NOT to hit those closest to them.

Where is Evolve Held?

There are currently eight EVOLVE groups held weekly: seven are held in Kingston, of which one is for women, a second is for Spanish speakers, and the remaining five are for male English speakers. The remaining group is held in Ellenville. Five evening groups meet at Family’s Administrative Office, one late afternoon and one evening group meets at the Department of Social Services, and one evening group meets in Ellenville.
Program Hours: Groups are run on Monday, Tuesday, and Wednesday evenings, and Thursday afternoon and evening; administration available Monday through Friday 8:30am to 4:30pm.

How to Become an Evolve Member

There are several ways an individual can join the EVOLVE program:

• You can volunteer.
• A judge can mandate a defendant.
• A community agency can refer a client.
• EVOLVE can be part of a probation, parole or Child Protective Services disposition.

To participate in Evolve groups, the applicant involved must call Family himself/herself/themselves at 845.331.7080 ext. 124 and speak to Andrea Rodriguez. No one will be admitted to Evolve prior to a personal intake, which will take place at 31 Albany Avenue in Kingston or 221 Canal Street in Ellenville.

A judge, probation or parole officer, or CPS worker in Ulster County can mandate a defendant into Evolve by sending a referral form to Khadijah Ward, c/o Family of Woodstock, Inc. P.O. Box 3516, Kingston, NY 12402.

DURING THE COVID-19 PANDEMIC, EVOLVE GROUPS HAVE MOVED TO VIRTUAL (ONLINE) SESSIONS.  WHEN NEW INFORMATION BECOMES AVAILABLE, WE WILL UPDATE OUR SITE.

Since EVOLVE began in 1984 there have been many remarkable stories that serve to remind us that domestic violence is the equalizer that knows no racial, class or socio-economic borders.
One such incident arose when a new member entered our on-going group. After telling his story of how he abused his wife and family, another group member had something to say. With disbelief, he revealed that the new man was the police officer that arrested him! Two men of completely different social strata convicted of the same crime. Everyone in the group took a deep breath and acknowledged the irony and power of this. Then the work began.
On another occasion, a medical doctor became a group member. Initially, the men were quite impressed with his education and social status. Possessing no real knowledge of the criminal justice system, group members began to enlighten him. In that same group was a convicted murderer on lifetime parole. These two men, on the surface, appeared to have nothing in common. Yet despite their cultural differences, they had both perpetrated extreme acts of physical and psychological abuse and wound up in the same place.
Domestic violence is the equalizing thread that brings our clients together to learn new behaviors.

“Although I was reserved in my judgment at first, I came to respect and appreciate both the structure and approach of the program which ultimately deals with certain life skills and specific social issues in a gentle, but effective way.”
~~ An Evolve participant ~~

“I lost my family because of my behavior. Being in the EVOLVE program has given me a chance to now have a healthy, happier life”.
~~ An Evolve participant ~~