Freeman Article: Family of Woodstock has ‘done it all,’ grandmother says 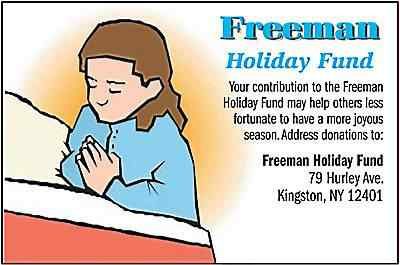 Family of Woodstock has ‘done it all,’ grandmother says
By Diane Pineiro-Zucker, Daily Freeman
Saturday, November 26, 2016

This is one of a series of stories about the people and agencies that benefit from the Freeman Holiday Fund.

KINGSTON, N.Y >> Without Family of Woodstock, Evelyn Morales might not have been able to enjoy the “warm and loving” home she’s created for herself and her granddaughter in a city apartment, she said recently.

“There is nothing else [Family] can do, because they’ve done it all,” the 61-year-old mother of four grown children said.

Morales, who is now raising her 13-year-old granddaughter, said she turned to Family of Woodstock for help about four years ago.

Morales said she was living in New York City at the time and wanted to move closer to relatives in Modena, Gardiner and New Windsor. But, with few resources and because she was suffering from physical ailments along with depression and anxiety, she didn’t know where to turn.

At the suggestion of her sister, Morales went to the Department of Social Services in Kingston and was moved into Family’s Darmstadt Shelter on Thomas Street in Kingston. At Darmstadt Morales met Victoria Read who became her case manager and who she now describes as “my favorite person in the whole wide world.”

While the shelter provided Morales and her granddaughter with a place to live, Family’s other services also kicked in to help her find a place of her own and then to tackle the depression and anxiety that had been holding her back, Morales said.

In addition to subsidized housing, Family was also able to provide Morales’ transportation to various doctor’s appointments, she said.

Family’s website describes the organization as “a network of individuals, paid and volunteer, whose mission is to provide confidential and fully accessible crisis intervention, information, prevention, and support services to address the needs of individuals and families. …

“We believe that the common ground which unites us, both helper and helped, is greater than the differences which divide us, and that everyone deserves the respect and support of our larger community.”

Contributors’ names will be published periodically, though requests for anonymity will be honored.

Questions about the fund should be directed to Brenda Crantz at (845) 400-1202 or emailed to bcrantz@freemanonline.com.